From the desk of Captain Monty Hawkins …

After a year of modest reef building, the Ocean City Reef Foundation now has a lot going on. We’re close to inking a deal with a major corporate sponsor – – it’s huge. This sponsorship will bring the Bass Grounds Reef Restoration project to life.

The Nature Conservancy has long pledged a grant of $50,000.00 toward substrate for that project, plus additional moneys for biological monitoring. They want to see what our corals are all about.
For our part, OCRF has over $100,000.00 in funds. I believe that’s more than we’ve ever had on hand at one time.  It’s going to be a sweet reef. One that will last far into the future. 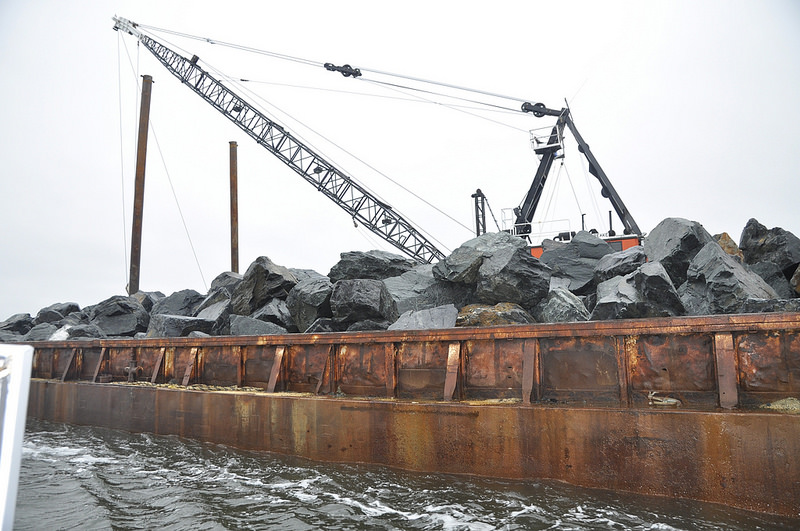 Benelli has sponsored reef building again; this year with a positively stunning Benelli 828U in 12 gauge. The over/under has an engraved nickel receiver, AA grade satin walnut stock, and 28 inch barrels. Raffle tix are $10 apiece, 3 for $20, or 10 for $50.00.. The drawing, as ever, will be on the Sunday after Thanksgiving — 11/24/18.. Although this gorgeous Benelli over-under lists for $3,000.00, the winner could choose to receive $1,000.00 instead. Raffle tix are available & will be mailed in a few weeks’ time to past donors. We’ll cheerfully mail more to you too if you’d like friends to have a chance at this classic firearm.  https://www.benelliusa.com/828u-shotgun
Also have an amazing donation in the works with Rusty at Crane Specialists.. Too soon to spill the beans, it will make local reefing efforts a heck of a lot more simple!
I’m 98% sure this year’s Reef Dinner will be held at Seacrets again. We’re assured by Seacret’s banquet staff we’ll get permission to allow children into Marley Hall for the May 6th event – 5 to 7:30.. Once that’s secured – we’ll book.
Tickets will be $25.00 at the door. We’ll accept cash/check; your check is also good for auction items ..and credit cards can be run through the Foundation’s website if absolutely necessary. (Yes, I know — modernize! But look, there’s no one on salary. All this work gets done for free. Keeping It Simple For Now!)
IF YOU HAVE AN ITEM TO DONATE FOR THE DINNER AUCTIONS/RAFFLES PLEASE EMAIL!!
New 2018 charts show our few constructions of last year highlighted in yellow. An accurization project that’s almost finished; for this year’s edition I combed through the Great Eastern Reef’s bearings and made numerous corrections. I also overhauled the African Queen Reef’s bearings with a sidescan survey.
All new chart corrections are highlighted in yellow.
(see http://articles.baltimoresun.com/2002-07-06/features/0207060081_1_danielsen-african-queen-delaware-bay  for how the Queen Reef Site came by its name. Fascinating story.) .

Sponsors: be aware donations really are the only thing driving construction. Ours is not a state program. If you make a copy of the charts for a “buddy,” (who doesn’t share your vision!) you’re lessening future construction..

We got where we are through donations. There’s a lot further to go.  Picture someone saying, “There’s too much coral off Ocean City.”  Yeah, no.   Keep the donations coming! 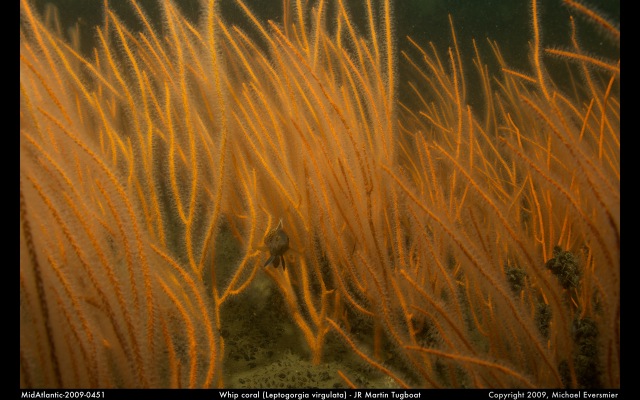 ​Have a new shirt design this year. Simple–one color; it’s one of Niki Pino’s contributions modified by Mike at Red Sun for sweats/Ts..
Bill Regan, owner of Red Sun, will be printing them shortly. And, like last year, he is donating 150 shirts on top of our order!
We’re also now officially registered with Federal/State Surplus. Will be looking for who knows what but especially sinkables or any means to transport them.
Below is an idea for reef building that needs to happen — a beach protection reef (not an OCRF project..) If you stay in touch with local & state political reps, send it along.. These sorts of things require a political champion to make them happen.
Regards,
Related Articles

Wave energy requires depth to fully impact the beach. Whether a natural mound of sand, such as Isle of Wight Shoal some 9 miles offshore; or a long, wide mound of concrete rubble; the effect of wave height and energy diminishment is dramatic when encountering shallow bottom. For the mariner in heaviest weather there is safety down-sea & behind a shoal; a place to hide where wave height is shaved by 2/3rds..
I suspect the same of an enormous concrete reef; here protecting not a single storm-trapped vessel, but the Town’s most valuable asset— the beach.

If started soon such a reef would be fully protective by the time sea level rise has truly begun its worst.
Reef’s completion would not be required for benefit to accrue, however. Army Corps of Engineers & OC’s Town engineers have long identified erosion ‘hot spots’ where reefing would be best begun; where erosive forces could quickly be arrested.

Aside from protecting our shores, a protective reef will have also saved millions & millions of landfill dollars for local contractors—more still for distant Maryland pre-cast concrete manufacturers. I’d anticipate surfers delight at an offshore break; and, of course, it would all become fish habitat too..
Never a fan of anything new on the seabed which can snag a net, the trawl community should have no issue with building a reef so near shore. They’re not allowed to tow within one mile of land anyway & will lose no fishing grounds.

A small barge with a means to load it – even just an eighty footer; a piece of machinery aboard to offload; and a mooring with which to ensure accuracy – here is begun a real measure which will stabilize our beach against a rising sea..
Perhaps too we might be allowed the barge’s use for fisheries and coral restorations from time to time. . . . .

Not an idea just for Ocean City: our part of the ocean has turned green owing oyster’s absence in our two main estuaries–Chesapeake & Delaware Bays. White marlin, so dependent on clean blue water to feed, are no longer a few miles offshore as in great-grandad’s youth. Instead of just 5 to 10 miles out, today they must feed 40 to 50 miles further offshore to find clean-enough water.
Biofilter oyster reefs of the Chesapeake & DE Bays long since harvested — entire oyster bars sold off with no idea of economic & ecological losses to come — today we, at last, know how to build oyster reefs that thrive, that grow.
Leave shell-based “restoration” for commercial interests. Oyster reef restoration demands hard vertical substrates such as rock or concrete might offer. Shell has failed for over a century and a half to create any true, growing, oyster reef. It does, however, create wonderful marketable product..

Such a reef, a biofilter reef in Maryland’s Chesapeake—many of them–could be fashioned with exactly the barge deployments of unwanted concrete pre-cast & rubble I’ve described above.
Save cement contractors money – create a better, more ecologically & economically resilient ecosystem – rebuild a long-lost estuarine ecology.
Meanwhile, such a reef—a functioning biofilter—will have to throw off so much spat that many clever ‘spat trap’ ideas will spring forth. Commercial interests, which today only see immediate harvest, will swiftly realize the big money is drifting away with fertilized oyster larvae awaiting their capture.

True oyster reef biofilter restoration: from there we can turn the Mid-Atlantic Ocean blue again..

No, OCRF does not build oyster reefs. Our permits are in the ocean where coral grows.
Still, many fisheries restorations demand both restored marine coral hardbottoms (that we’re working on!) & restored water quality through the many efforts to clean up our Bays, but especially in oyster reef restoration.
Regards,
Monty
Monty Hawkins
Pres OC Reef Foundation
F/V Morning Star
OC MD
featured
Share FacebookTwitterGoogle+ReddItWhatsAppPinterestEmail

Former Delawareans on the hunt for funds to catch tasty, reef-harming lionfish